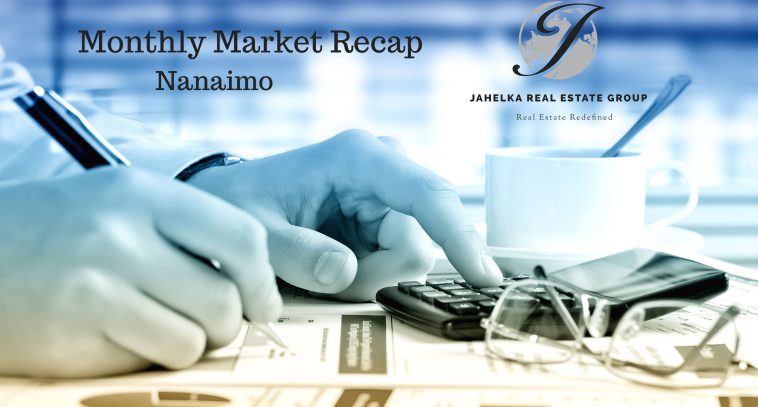 116 single family homes sold in November, down 10% from the 129 sold in October, but up 18% from the 98 that sold in the same timeframe last year. The average home price rebounded strongly in November, up nearly 3% from October’s average of $516,354 to $531,307, a number that actually sets a new record as the highest average single-family home price ever for a one month period. The average price was up nearly 13% from last November. More notable was the median sale price, which came in at $512,000, up more than 9% from October’s median price of $469,000, and up more than 15% from last November’s median sale price. While the month-over-month median price increase makes you stop and take notice, it should be noted that October’s median price was the lowest since February, so the actual improvement is not as pronounced as it appears. After a number of months of deteriorating conditions, November was a departure from this trend, with noticeable improvements in both prices and volume. Is this possibly a push from buyers to complete their purchases prior to pending changes to mortgage qualification requirements where buyers will qualify for less in the new year? This is almost certainly a factor, especially at the lower end of the market where buyers are stretching their qualification levels, however, the true extent of the impact the change in mortgage qualification requirements will have will not be fully known until the new year.

The sell/list ratio rebounded strongly in November to 86%, up 26% from 68% in October, and up 12% from 77% in November of 2016,  suggesting a higher percentage of homes listed are resulting in successful sales.

The sell price/list price held at 99%, with no change month-over-month, or year-over-year. November’s figure is not suggesting every home is selling at 99% of the asking price as it is just an average, with some selling well below asking, and the most attractively priced offerings going into multiple offer situations and selling above the list price in many cases. For a general frame of reference, typically anything 96-97% and above reflects strong market conditions.

The average days on the market did increase to 31 days, up from 25 in October, and exceeding the average of 26 days from November of last year.

As of the end of November, the number of active listings is 265, down nearly 12% from October, but up 16% from inventory levels at the same time last year.  While the month-over-month decrease is not overly surprising given the time of year, the year-over-year increase which is continuing the trend noticed in preceding months is worth taking note of and watching moving forward as sustained higher listing numbers will provide more choice for buyers.

November market conditions were a noticeable improvement from market conditions in the preceding quarter. If you have been following our commentary, you may be thinking we definitely jumped the gun with “our doom and gloom” suggestion in October that the market may have reached or may be very close to a cyclical top. However, one month of improved market activity likely fueled by pending changes to mortgage qualification requirements that will see the average household income in Nanaimo struggle to qualify to purchase a single detached home without a significant downpayment, is surely not enough to say our “stay on alert” recommendation should be dismissed. After 5 months without any significant progress forward in the Nanaimo market, November’s improvements were a welcome sign of optimism for spring market conditions. That said, as we approach the slower winter months, keeping a close eye on the market will be important to determine if the past six months has been more of a consolidation or balancing of market conditions before a further move upwards in the spring or whether this could be the start of a more prolonged move downwards.

There are clearly some key takeaways here:

What this means for Buyers: While listed properties on average are taking longer to sell, the most attractive offerings are still attracting bidding wars. However, for the rest of the market the majority of sales are now happening below the asking price, so there look to be more opportunities to find a home without competition and potentially finding a “deal” under the asking price. By historical standards, properties are still selling quickly, so if you are a serious buyer, it is still important to be pre-approved for a mortgage and very clear on what you are looking for so that you can offer immediately on the best new options hitting the market

What this means for Sellers: Likely due to the time of year, buyer demand is not as strong as it once was, necessitating the need to price accurately to maximize interest. For the last number of months, sellers have been caught up in the hype and media attention on the housing market and in many cases are still going to market with unrealistic expectations. This is not the “leave a little room for negotiation” market. Pricing accurately will minimize the days on market (and inconvenience to your family), as well as best position you for a competitive offer or ideally a multiple-offer situation. As you can see above, the longer a home sits on the market, the more likely it is to transact below the listing price as the listing becomes stale. Working with a Realtor with a very strong marketing platform is vital, however, pricing accurately has never been more important, so make sure the Realtor you select has a proven track record of pricing accurately and with average days on the market well below the market average.

14 of the 18 sub-areas defined by the real estate board in Nanaimo saw an increase in the average selling price (trailing 12 months) from October to November, with all 18 experiencing increased prices year-over-year. When looking at these neighbourhood figures, it is important to note that we use trailing 12-month figures to limit volatility caused by lower transaction volumes in some neighbourhoods, where a few high priced or low priced transactions could tremendously skew results. A trailing 12 figure will always be slower to react than simple month-over-month, so that is why the results here are not going to be as pronounced as the figures used in the stats we report above. Moving on, these annual increases range from 8.55% in Hammond Bay to 29.72% in South Jinglepot. Top risers month-over-month were Brechin Hill, Extension, Pleasant Valley, North Jinglepot, and Hammond Bay. Top performers year-over-year were South Jinglepot, Lower Lantzville, Brechin Hill, Cedar, and South Nanaimo. Similar to the past couple of months, the top performers were a bit scattered, however with the exception of Brechin Hill, year-over-year areas on the outskirts of town in various directions featured prominently, not surprising given the affordability challenges in the most in-demand neighbourhoods.  Looking at volume, risers both monthly and annually included Uplands, Cedar, Extension, and Lower Lantzville.

Apartment style condos were the top performing category in November, followed by single family homes, and townhouses. Patio homes and lots were down month-over-month, but still up noticeably year-over-year.

Despite a few months of deteriorating conditions preceding November’s improvements, overall market conditions remain strong by historical standards, undoubtedly still a SELLER’s market. While “good deals” are extremely hard to come by in periods of sustained market strength, there are 2 periods where we find Buyers have an increased chance of finding a “hidden gem.” These periods are in the heat of summer, especially around long weekends when the majority of buyers have retreated to the sidelines to enjoy time with family and friends, and around the holiday season and during times of especially cold or sustained stormy weather in the winter. The reality is major changes in life circumstances, such as job transfers, divorce, etc. do not wait for the holidays to end or for weather to improve and will necessitate listings throughout these inopportune times to list, and it is often during these times, that buyers who are on the ball can find some of the best bargains of the year.

While still a SELLER’s market, there is generally subdued demand from buyers heading into the holiday season. On the flip side, the number of active listings falls during this time of year, so if you have a good offering limited competition could lead to a timely sale.